We lived on a barrier island (Port Bolivar) in the Gulf of Mexico in Texas. A neighbor that grew up there (and was 80 at the time), pulled this plant up and told me to stick it anywhere and it would grow. In Texas they are often called Snake Plants. We dug a shallow hole under the steps and planted this in January of 2006. It thrived.
In September of 2008, Hurricane Ike hit us directly with a 22 foot tidal wave. The entire island was under water and 169 of our friends lost their lives. 9 feet of water remained standing for many days and all access to the island was gone. No ferry, no bridge. The national guard took over the island and it was placed under martial law due to the conditions of existing airborne disease.
No one was allowed to know what happened to their homes for 3 weeks. We lined up and had to have our drivers license and a utility bill to gain entrance and had to be out by 3 p.m. due to no electricity.
The house we were building was gone and the house we were leasing was badly damaged. We found this Mother-In-Laws Tongue and a Split Leaf Philodendron  still sitting under the stairs. We pulled both of them out of the dirt and started washing them under clear water. (It’s amazing what becomes valuable when so much is gone.)
The Philodendron is now 44 years old and doing great and the Snake Plant has been divided several times and the “Mother” plant flowered this year. 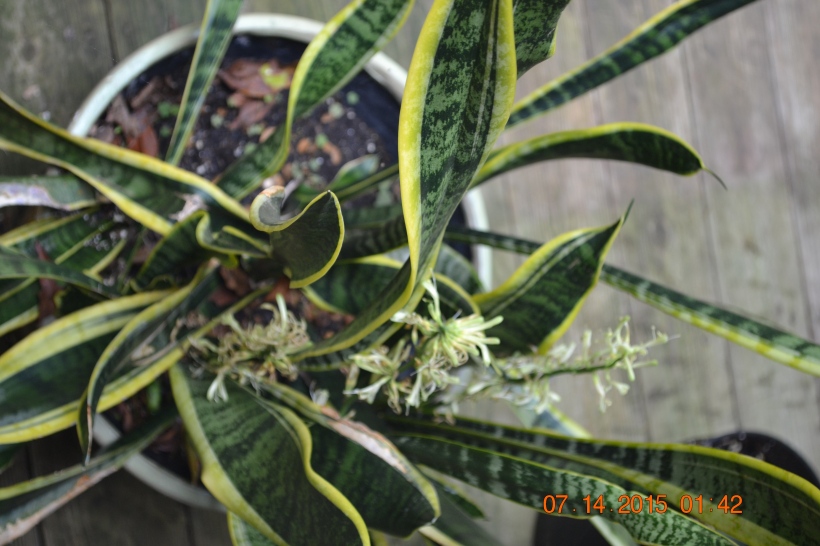 “The flower that blooms in adversity is the rarest and most beautiful of all.”

One thought on “Blooms in Adversity” 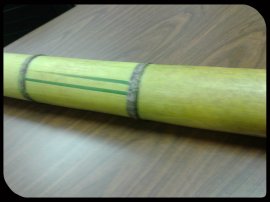 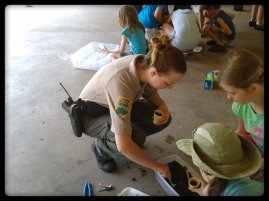 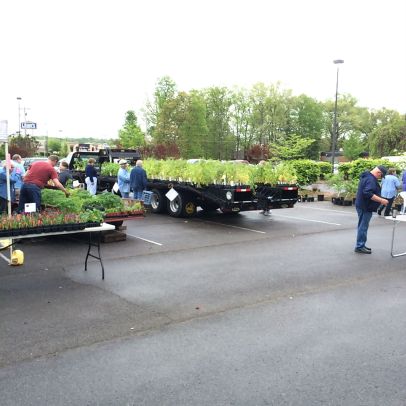 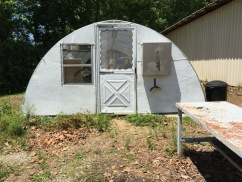 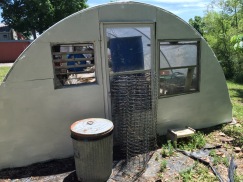 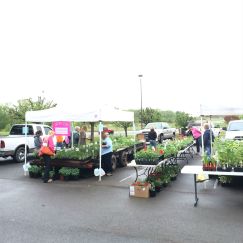