Note the “branch” in the center tree in the top half of the photo.

As I was walking back from getting the mail, I noticed a peculiar looking branch on a black gum tree, Nyssa sylvatica, beside the drive. (Of course, I walked right under this tree going to get the mail. This is why I always laugh when people say there aren’t any snakes around their house.) As I got  closer, the “branch” resolved itself into an eastern black kingsnake, Lampropeltis getula nigra. The TWRA website describes this snake as three to four feet in length, but this specimen seemed a tad longer than that. Further internet research uncovered a website reporting an EBK examined at the Louisville Zoo that measured 58.5″ in length, exceeding the Peterson Field Guide record of 58″.

Kingsnakes prey on rodents, rabbits, amphibians, birds, bird eggs, lizards, and other snakes. Their name derives from their ability to kill and eat other snakes, especially poisonous ones. Kingsnakes play an important ecological role in controlling venomous snakes. 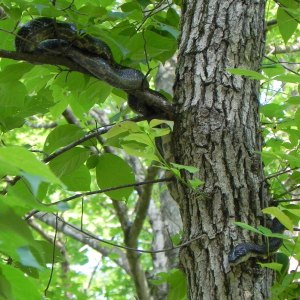 For scale, the tree truck is about 6″ in diameter.

Because of their diet, I’m always glad when I find a kingsnake on patrol. Since I will not put poison out for mice (lots of owls are killed by eating poisoned mice), I keep mice traps out all the time. But emptying mouse traps is not exactly my favorite activity, nor is finding a mouse nest built in a sheep’s fleece I had just cleaned. I live on a dry ridge, prime copperhead real estate, so the kingsnakes do double duty by taking care of both the mice and other snakes.

Of course, they also eat other reptiles. There are  lots of  eastern fence lizards, Sceloporus undulatus, and at least one species of  five-line skink Plestiodon sp. living around the house. I’ve never gotten close enough to examine the labial scales (along the upper lip between the nose and eye) or rear end scales to make a species identification on the five-lines. The lizards do bug patrol and the skinks also include baby mice in their diet, so it’s “Hello, skinks; goodbye, Orkin!” One day I stepped out on the deck and found a five-line running straight at me. He didn’t even slow down when he saw me, just kept coming. I looked back along his path to find a kingsnake coming to a screeching halt. I’m not sure how a snake can have an expression on his face, but somehow he managed to look a little ticked at having just lost his dinner.

View of the checkered belly.

The snake is doubled over for the entire length laying on the branch and part of the way around the tree.

The end of the tail and another view of the checkered pattern on the underside.

He appears to have a spider web on his nose. 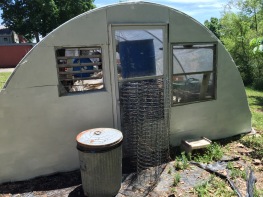 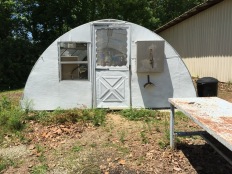 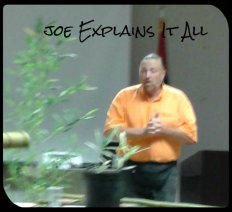 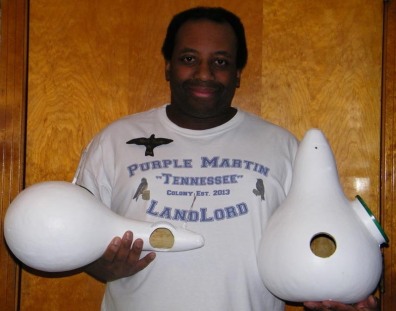